The purpose of our stage 1 ECU remap was to increase the EP6DT engine’s power, without making any mechanical modifications.
The car which was modified was completely stock.

For further power gains it is strongly recommended that further mechanical modifications be made first to increase the engine’s longevity.

The 207 GT / Rallye / THP 150 comforms to Euro 4 exhaust emission regulations. This means that because of the strict regulations in effect
in member-states of the European Union, the engine has to produce limited emissions. Which in turn means that the ECU has got to use
lean mixture and get very high exhaust temperatures as a result.

With the stock ECU mapping, the Air to Fuel Ratio is only 14.7:1 in the biggest part of the revolutions range and almost 13.5:1 near the rev limiter.
This AFR combined with boost generated by the turbo, result in high exhaust temperatures exceeding 1000 degrees C in the exhaust manifold.
While these settings are necessary for the car to get type approval, they also shorten the life of the turbo, the engine cover, the pistons and possibly the exhaust manifold.

The stock ECU mapping requests 0.65bar of (relative) boost, holding approximately 0.5bars through the largest part of the rev range, falling to 0.4bars
at the rev limiter.

Because of the above technical remarks, the stock ECU mapping was modified accordingly:
1. Injection and AFR settings were enrichened at full throttle. The new settings made it possible to have approximately 900 degrees C at 1.2bars of boost,
instead of 1000+ C at 0.65 bars.
This helps the turbo maintain its longevity by reducing the thermal stress ad the extremely high temperatures it has to withstand.
In closed loop conditions, for example while driving in the city or on the highway, the stock fuel consumption was maintained.

3. The stock ignition timing was modified.

4. The throttle pedal mapping was modified. Its latency was reduced and it was remapped to accomodate the newly available torque because of
the boost increase. 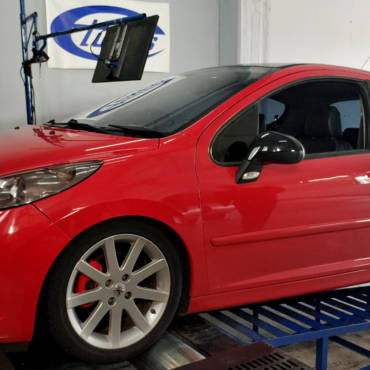 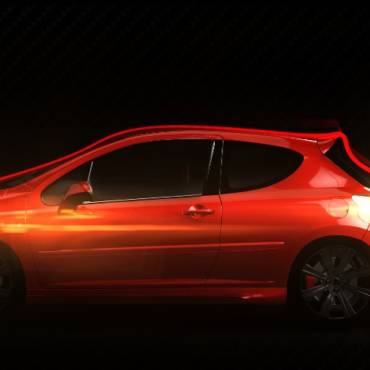