Any car that weighs at least 2320kg yet can still sprint to 100km/h in 4.6sec is not exactly short of a spot of shove. According to the manufacturer, Bentley’s forced-induction 6.0-litre W12 engine produces 567bhp from 5998cc in the Continental GT. Just as exciting is the prospect 516lb ft of torque. It is  a big engine for a big car! On the Dyno Dynamics rolling road dyno, measured in 4WD mode with big wheels, the car produced 513 PS. Which is an expected difference based on the fact that power loses that are not accounted for by the dyno software for such a heavy,4WD car with big tyres.

The Continental GT’s engine is from the top division of internally combusted performance, capable of delivering great gobs of urge at will. The key to the flexibility comes not when the engine is making 6000rpm and peak power, but when the big turbochargers begin to spool up. This exceptional powerplant makes its peak torque at just 1700rpm.
On dyno, the Bentley with the stock mapping produced about 650Nm of torque and 513 PS.

During the dyno testing it became obvious that the more the turbos would boost, the more the twin intercoolers would heat up and eventually, heat soak. For the stock boost of approximately 0.3-0.4bars and cold weather conditions, the intercoolers are sufficient. For anything around 1bar, things start heating up very quickly and by the end of an 8 second dyno run, intake air temperature after the intercoolers exceeds 100C. Therefore, it is safe to adjust boost to around 0.7-0.8bars across the rev range in order to provide consistent acceleration without overheating in real world conditions. A larger intercooler is required in order to make more power consistently, specially in warm climates (but not in the UK).
It is also very important for the diverter valve system to be in good shape or they leak and boost system will cause slight torque fluctuations at overboost. 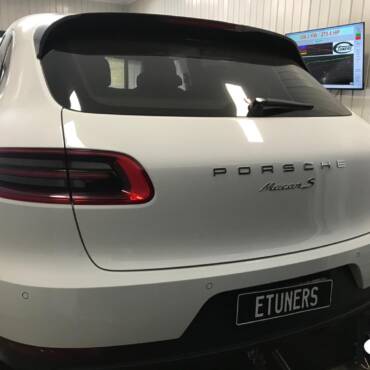 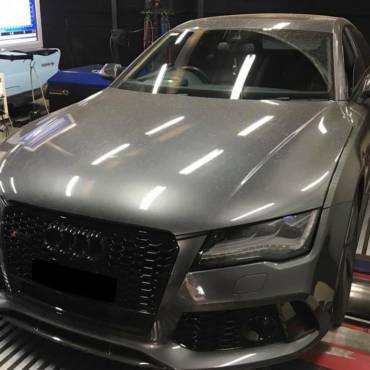