After having owned the Audi A1 for almost a year, I decided it was time for some extra power.

Car was not slow for what it was, however added power is always a plus, especially when you can do it via an ECU upgrade, relatively easy, safe, and fast.

Only mechanical upgrade up to that point, was a 2,5′ catback exhaust.

Then it was time to see what eTuners could do with the ECU.

A healthy reflash on the stock ECU, gave incredible results.
Car had not only more power, but also a much wider powerband. Boost peak did not go up by a much, but now, the car holds the power curve very well up to the rev limiter.

For instance, if you were to overtake a car, you would normally downshift, but the car was feeling kinda empty in the upper rpm range, and it would probably be best to move to the next gear to help the car accelerate better. After the ECU upgrade, you would continue to accelerate being in the same gear, as the car would not lose time as it did before.

Fuel Consumption – wise, I saw no difference in normal driving, just in wot, as you would expect from a car that is now faster. After all you cannot go faster if you do not burn more fuel. Or burn it even better that is, which is also the case here.

Another issue I had in mind, prior to deciding to go for the ECU upgrade, is that my car, is on Audi warranty, and will still be for the next five years to come. The good thing with the eTuners ecu software upgrade, is that you have the ability to return the ecu to stock status whenever needed for a warranty or service check, and it will have been like it was never there.

So all in all, a must upgrade if you ask me. From all the years I have been into cars, this must have been the most drastic change in power with just an ecu upgrade on an otherwise stock car. 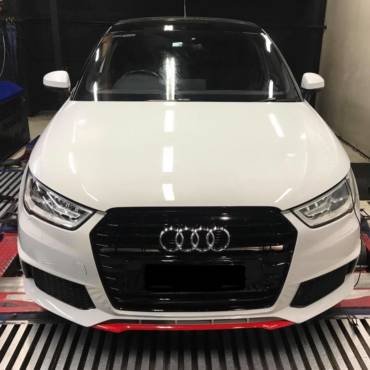 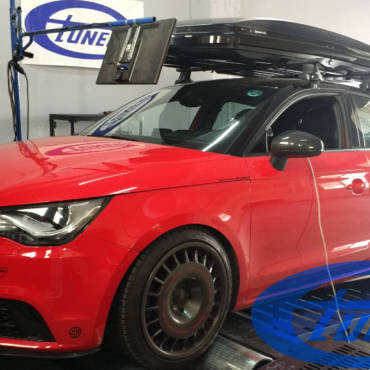